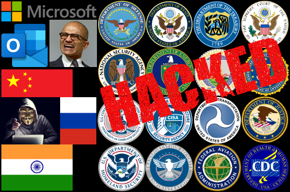 As Apscitu has been warning for years, since its inception, particularly through Stop IT Incompetence, the IT Incompetents Hall Of Shame (Government, Business, and Media), and Apscitu Mail, there has been a doomsday data breach of the federal government's email and (then) networks, and this was due to government IT incompetence, not the supposedly sophisticated foreign government hackers. This doomsday data breach was finally admitted to by the federal government starting in December 2020 and continuing, but may have been going on undetected for many months or even years and may still be going on undetected.

Those who have even a clue about this data breach, which doesn't include the media, are calling it the most massive — and not just yet another most massive — (thus worst) data breach in history, whose vast effects will be the major national security risk for many years into the future, if the United States survives it at all; hence "doomsday data breach". ... 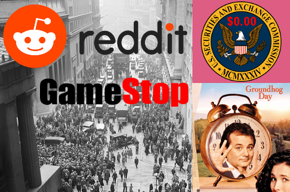 This article is in honor of Groundhog Day, specifically the movie, where the same day, Groundhog Day, February 2nd, kept happening over and over again. In this case though the repeating day was Black Thursday, October 24th, the start of the Stock Market Crash of 1929. And in this case the villain was Reddit, whose modus operandi was illegal price manipulation of GameStop stock, intentionally leading to a short squeeze on important short sellers like hedge funds, which could have resulted in another stock market crash and ensuing depression, particularly during the Coronavirus Scare. In this case, there are no heroes, except perhaps someone who can clearly explain all this, as I do here, since the mainstream media clearly can't.

A puzzle for Inauguration Day, as well as Halloween.

A puzzle in honor of Apscitu Law, as well as Apscitu Mail (that's a clue). Apscitu Law makes IT law much less cryptic than this Apscitu Puzzle, titled Legal Name Is An Alias.

As much as it hurts me to admit, MIT has dramatically decreased in IT excellence, including security — to the point of incompetence — from when I was getting my B.S. in Electrical Engineering and Computer Science there. Like all other universities, they, i.e. non-MIT-alum MIT administrators, have traded off academic excellence — to the point of incompetence — for political correctness, particularly diversity. This incompetence has led to corruption. I cannot help but to try to fight all this, if just in protecting MIT's reputation I protect my own a little. Thus for years I have been fighting MIT about its political correctness, IT incompetence, particularly regarding email and security, and more recently corruption.

Dr. Thresher v. Montana was my (Dr. Duane Thresher's) third foundational case; see IT Law Expertise in my Credentials on the Apscitu website and About Apscitu Law and Casebook on the Apscitu Law website. Actually, it wasn't just one case — living and running a business in Montana led to numerous cases. Montana is perpetually at the top of the list of most corrupt states and this is well-earned. A big part of the reason for this rampant corruption is that Montana is full of incompetents, particularly IT incompetents (but also lawyers, etc.); see Principles of IT Incompetence (IT Hiring: IT Incompetence Breeds Disloyalty and Corruption).

Dr. Thresher v. Prof. Bedell was my (Dr. Duane Thresher's) second foundational case; see IT Law Expertise in my Credentials on the Apscitu website and About Apscitu Law and Casebook on the Apscitu Law website. This case started while I was working as a network engineer at the Arctic Region Supercomputing Center in Alaska, where I did some research and work on cellular telephony (which itself involves important IT law issues). When I then started my own business, Thresher Networks LLC, in Montana, I continued this cellular telephony research, including buying from Amazon.com a just-published book, Wireless Crash Course — A Real World Perspective, Third Edition, by Paul Bedell, published by McGraw-Hill, Steve Chapman editor. Paul Bedell was/is a professor at DePaul University in Chicago, in the College of Computing and Digital Media, whose dean was/is Dr. David Miller, and used/uses the book in his courses.

Dr. Thresher v. Prof. Dr. Lohmann was my (Dr. Duane Thresher's) first foundational case; see IT Law Expertise in my Credentials on the Apscitu website and About Apscitu Law and Casebook on the Apscitu Law website. This case was from when I was still in academia, doing research at the Alfred Wegener Institute (AWI) in Germany. My wife, Dr. Claudia Kubatzki, and I worked for Prof. Dr. Gerrit Lohmann, in his climate modeling group.

Evidence in this case can be found in the article I wrote about it, Corrupt German Climate Science, for my controversial website, RealClimatologists.org (see Climate of Incompetence), particularly in the lawyer email thread referred to in that article. 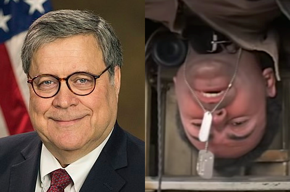 FOIA: That's Some Exemption, That Exemption 6

I file a lot of Freedom Of Information Act (FOIA) requests. Many are to discover the outrageous salaries of IT incompetent government IT officials for the Government IT Incompetents Hall Of Shame (ITIHOS). These are usually successful, although after many months. But some are for Apscitu Mail, to discover the government email addresses (.gov) of government officials, which is part of my preparation for a lawsuit against the U.S. Government for violation, in its use of email, of my First Amendment right "to petition the Government for a redress of grievances". These are usually not successful, because of Exemption 6 of the FOIA law (Title 5 of the United States Code, § 552(b)(6)). If you actually read Exemption 6 though, you realize it's ridiculous to say it applies to government email addresses. The whole situation is as surreal as Catch-22, which I read as a teenager and later saw the movie. I play Yossarian, instead of Alan Arkin, and the U.S. Government plays itself, again. 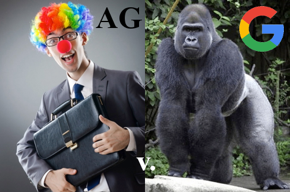 A few days before Halloween, U.S. Attorney General William Barr announced that he and the attorneys general (AG) of eleven states were filing a civil lawsuit against Google in U.S. District Court (the lowest federal court, where all federal cases must start) of the District of Columbia (where conveniently Google has a corporate presence) for violating the Sherman Antitrust Act of 1890 (Title 15 of the United States Code, §§ 1-7). While Google is a prime candidate for an anti-monopoly lawsuit, given the IT incompetence of all the attorneys general and the IT incompetent track record of the U.S. Attorney General, and his Department of Justice, in antitrust lawsuits against IT corporations, this will take years and cost millions of dollars, and result in no real help to Google's victims.

A puzzle for Election Day, as well as Halloween.

A puzzle to mark the day when I finally overcame obstructions by Virginia Governor Ralph Northam and U.S. District Court Judge David J. Novak and served a summons on Northam in my case against him for violation of my First Amendment right to peaceably assemble, even during the Coronavirus Scare: Dr. Duane Thresher v. Governor of Virginia Ralph Northam. I had the summons served by going, without a mask, to Richmond, where both Northam and Novak work, and waiting while the Richmond Office of the Sheriff served the summons on Governor Northam. 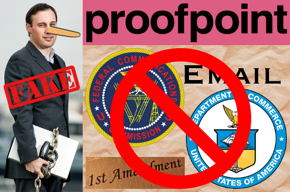 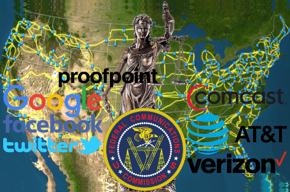 Answer: Proofpoint Inc. of Sunnyvale California, just minutes down the road from Google, Facebook, and Twitter. The question more specifically: Who controls the email of the Federal Communications Commission (FCC)? Your question: What does this have to do with net neutrality? My answer: Read on.

The Internet in the United States has a backbone. It's fiber optic cables able to carry massive amounts of data, starting with voice, across the country (note: I'm a certified fiber optic technician). These fiber optic cables, or at least their copper predecessors, were laid by AT&T back when it was a government-authorized monopoly — so could more easily get rights-of-way, the most valuable asset — long before the Internet started in the early 1990s. 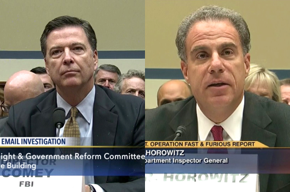 My family and I, particularly our young daughter, were the victims of not one but two(!) health insurance company data breaches: Montana Department of Public Health and Human Services and Premera Blue Cross. At the time (2013 – 2015) these were two of the worst data breaches ever.

It was officially pretended that identity theft was the only concern from these so only cheap credit monitoring (probably using the now-hacked Equifax) for a couple of years needed to be offered as a remedy. However, child abductors, including pedophiles, find this information invaluable since it includes names, addresses and medical records, which is personal information that greatly aids a child abductor.